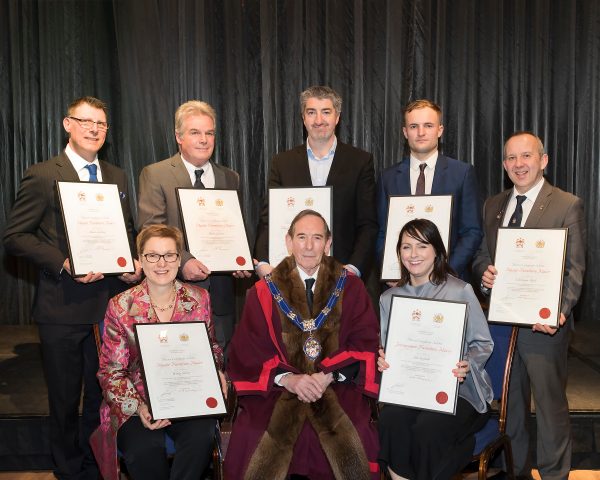 I recently attended an award ceremony at the splendid Glaziers’ Hall in London.

The Master Certificate scheme was set up to encourage career progression in skills closely associated with City of London Livery companies. The scheme is undertaken with the City and Guilds of London Institute to encourage the pursuit of excellence.

The awards are made at Apprentice, Journeyman and Master level.

It was particularly interesting to read about the varied background and achievements of all the individuals receiving awards. It was fascinating to see the different and sometimes unusual trades represented.

It was a great honour to receive a Masters award from The Lord Mayor, Charles Bowman and Tony Smart the current Master of The Furniture Makers’ Company alongside other award recipients, Christopher Hyde, Andrew Jackson, Marcus Jarling, Wendy Shorter and Jodi Schofield.